Two of the Arena’s most promising up and coming MMA fighters, Anthony Orozco and Bobby Winther, added another notch in their win columns on Friday, February 18th at the 48th rendition of Epic Fighting.

Winther fought in the 7th bout of the night and secured a TKO against fellow undefeated prospect Angel Elizondo just 23 seconds into the first round. After a brief exchange on the feet, Winther scored a takedown and began relentlessly throwing punches at Elizondo on the ground. The referee stepped in shortly after to stop the fight. Two fights later, Orozco’s bout ended in a similarly quick fashion with Orozco finishing Brian Szpyrka after just two minutes of round one. Once Orozco found his range he easily scored a takedown, took Szpyrka’s back, flattened him out, and finished him with ground and pound to win via TKO.

Both Orozco and Winther added to their undefeated records bringing them each to 2-0. They hope to get back in the cage soon to extend their impressive win streaks. 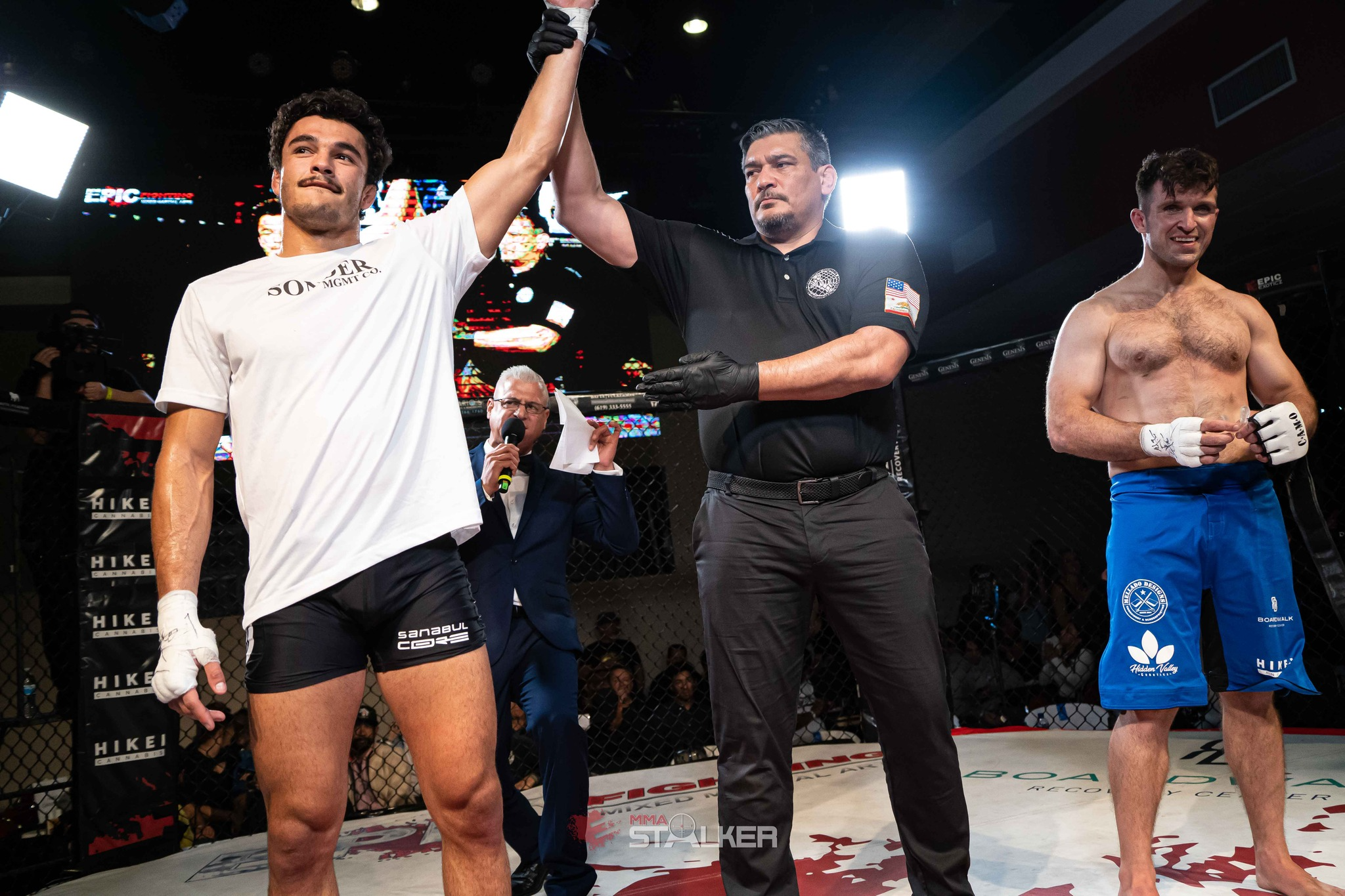